Ana Sayfa Güncel Mattis admits: There are some PKK shifting to Afrin

Mattis admits: There are some PKK shifting to Afrin

US’ Mattis said that Turkey had legitimate security concerns along border with Syria and US would do not dismiss.

“The distraction of what’s going on up in Afrin right now, which is drawing off some of the Syrian Democratic Forces, which have got about 50 percent.” Mattis told reporters during his flight to Europe, adding that the percentage could be less or more.

“They have legitimate security concerns, and we do not dismiss one bit of that, along that border with Syria.” he stated, adding that Washington will “continue to work closely with Turkey.” 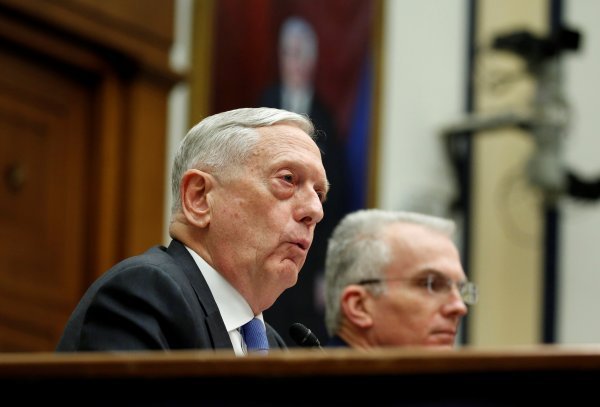 Mattis also reiterated that Ankara has “real security concerns in the region,” describing Turkey as the only NATO ally currently facing an active insurgency.

The Pentagon had previously stated that “some SDF elements” were shifting but did not specify where they were headed.

The PKK/YPG in Afrin has launched hundreds of rocket attacks on Turkey across the border, including dozens since late last month, killing and injuring many civilians.