Protesters called for a boycott of businesses in the Chinese-ruled city seen as pro-Beijing and made a paper chain of receipts from those stores, which were then hung across the mall. 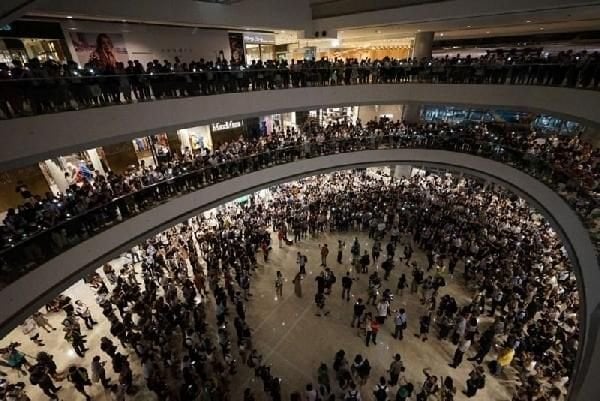 Activists rounded on a man believed to have opposed them when they had damaged the Chinese flag.

Shouting, they pushed him into a corner beside the station and cheered as crowds punched and kicked him. 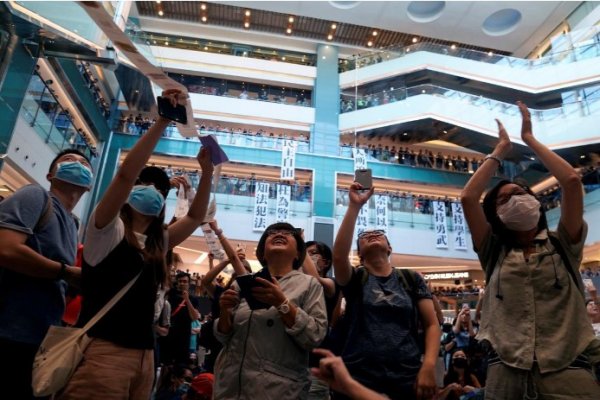 After 20 minutes, he managed to walk away, dazed and bleeding from the forehead. Protesters also smashed video cameras and ticket booths in the station. 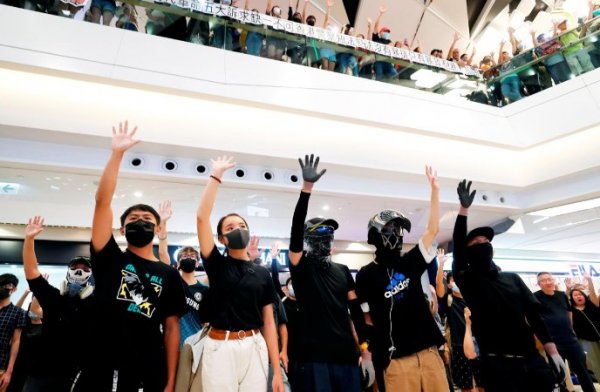 Some started to trash fittings at the entrance of the mall. The protesters then spilled outside where they set fire to barricades made of cardboard, broken palm trees and other debris. 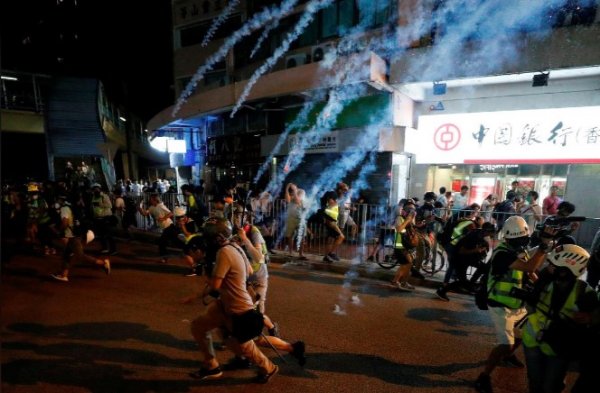 Police fired tear gas after coming under attack from bricks dug up from pathways.

Violence has hit parts of the former British colony at different times over the last three months, but life goes on as normal for most people most of the time.